Wanderlust at The Verb 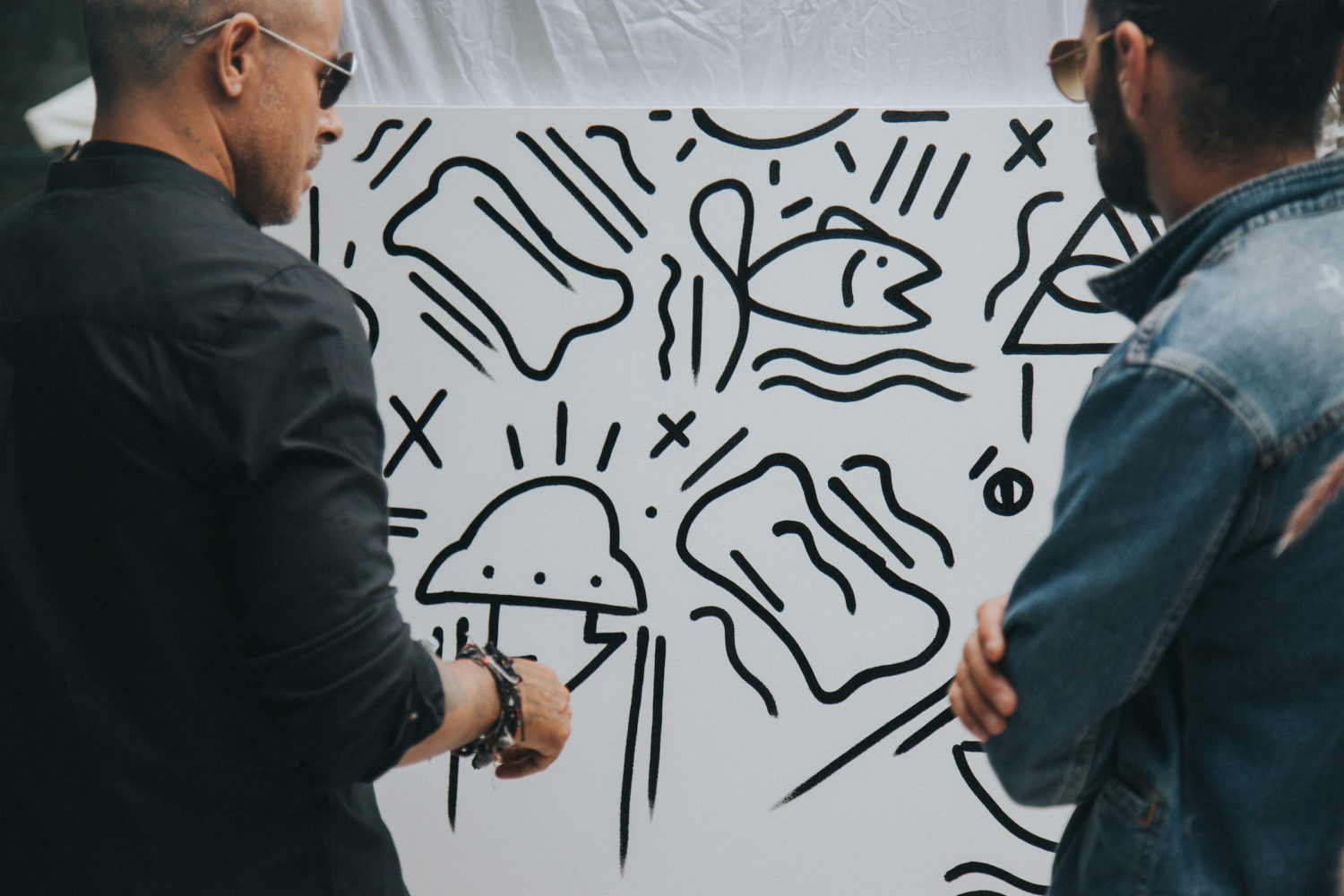 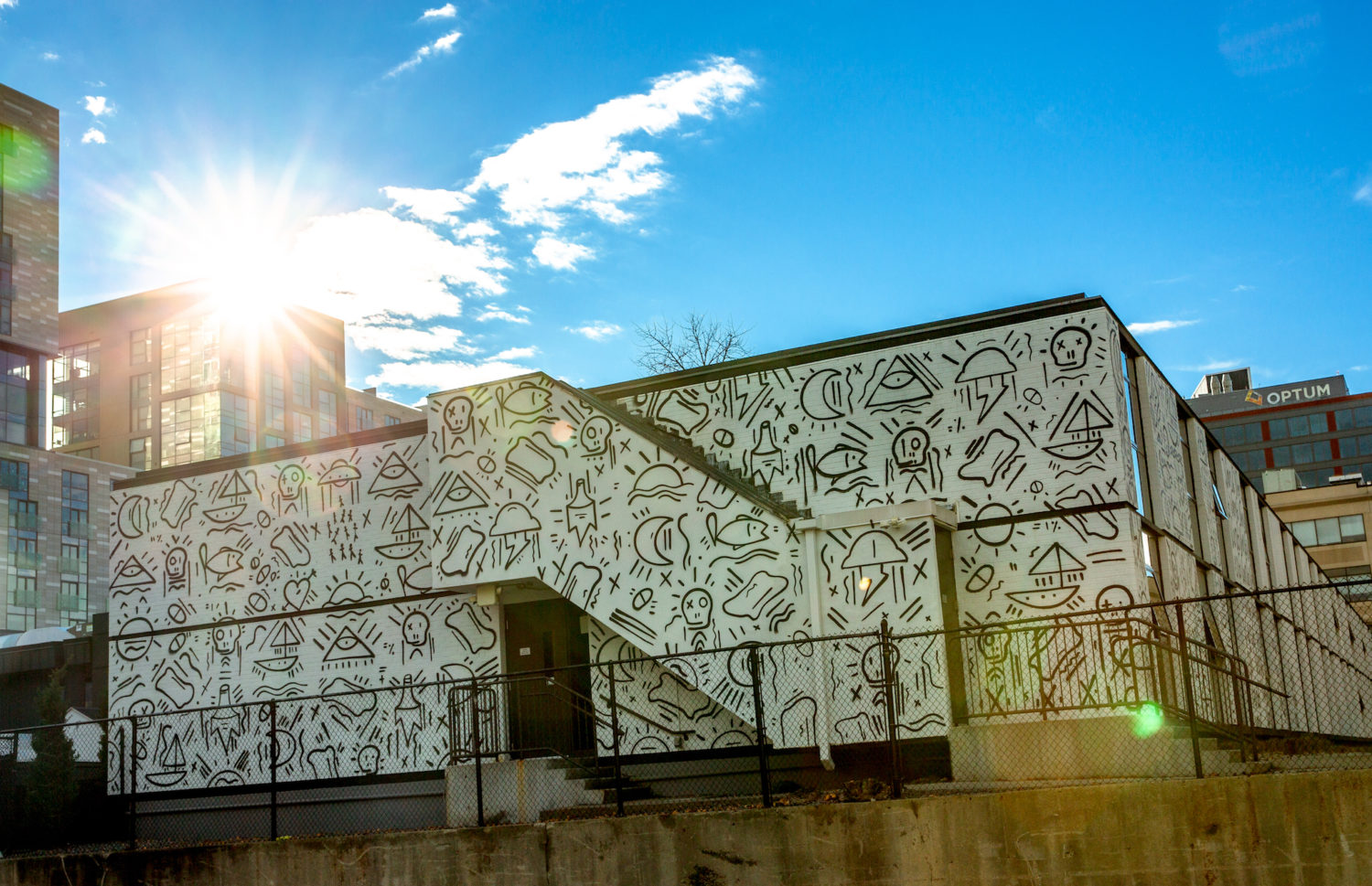 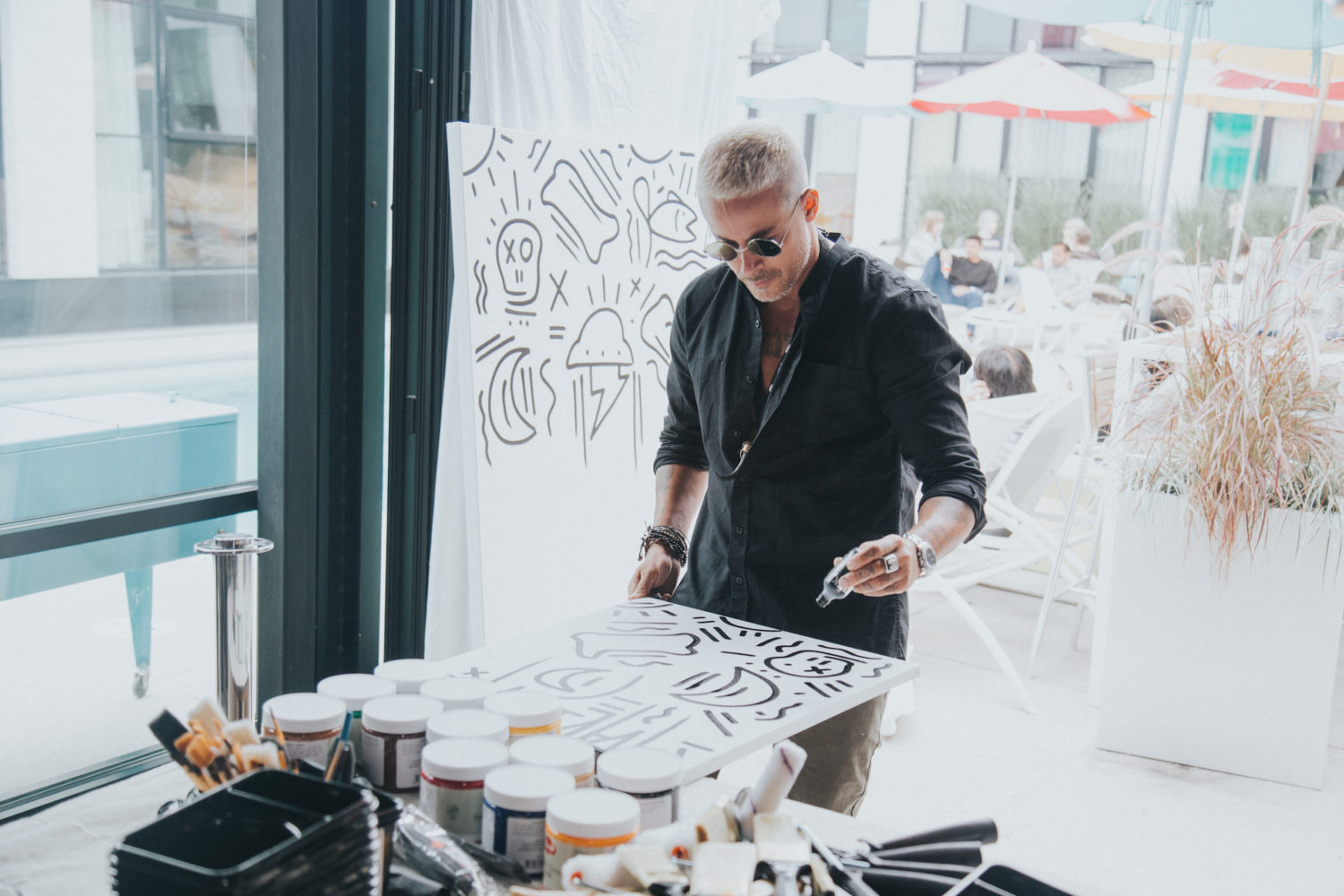 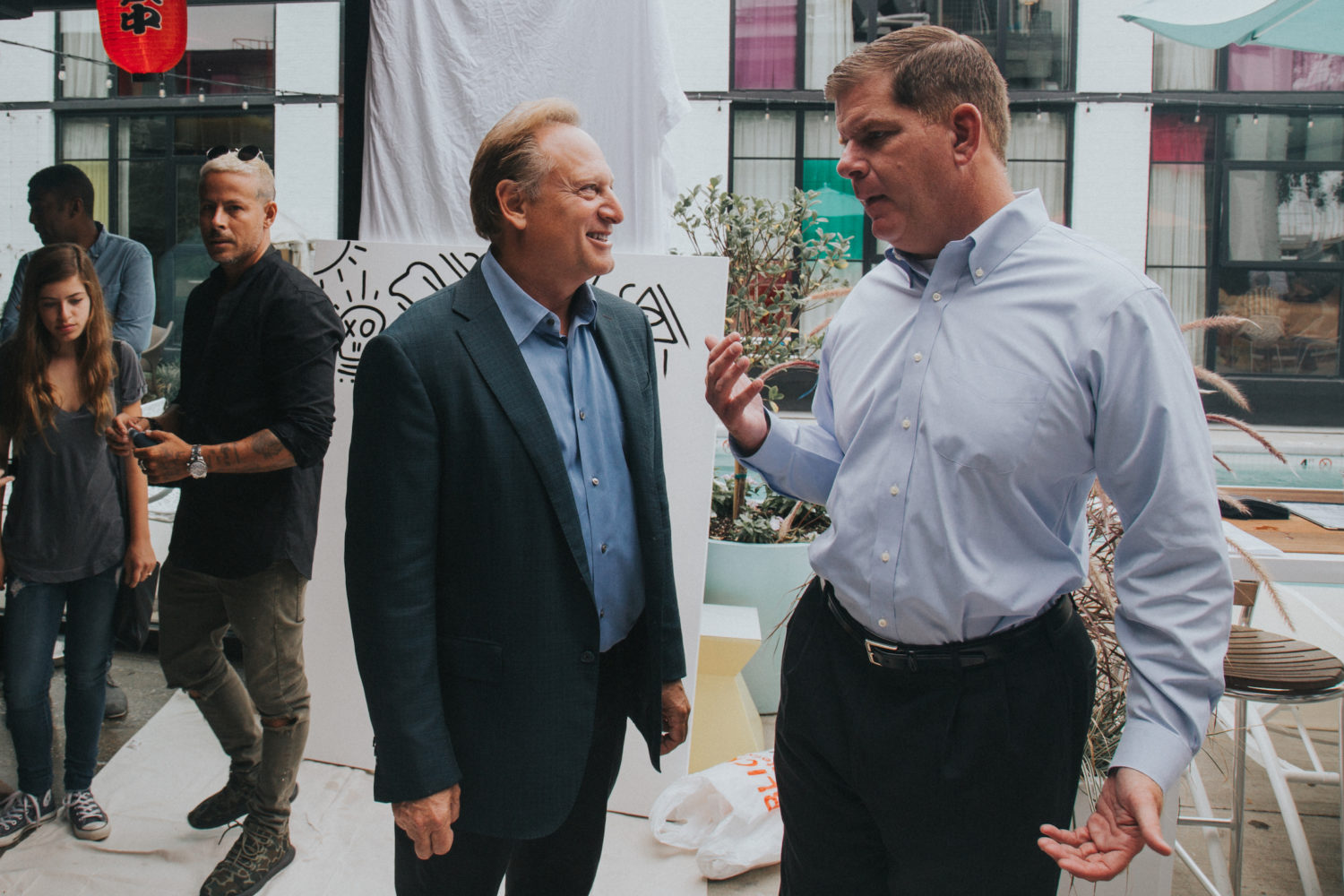 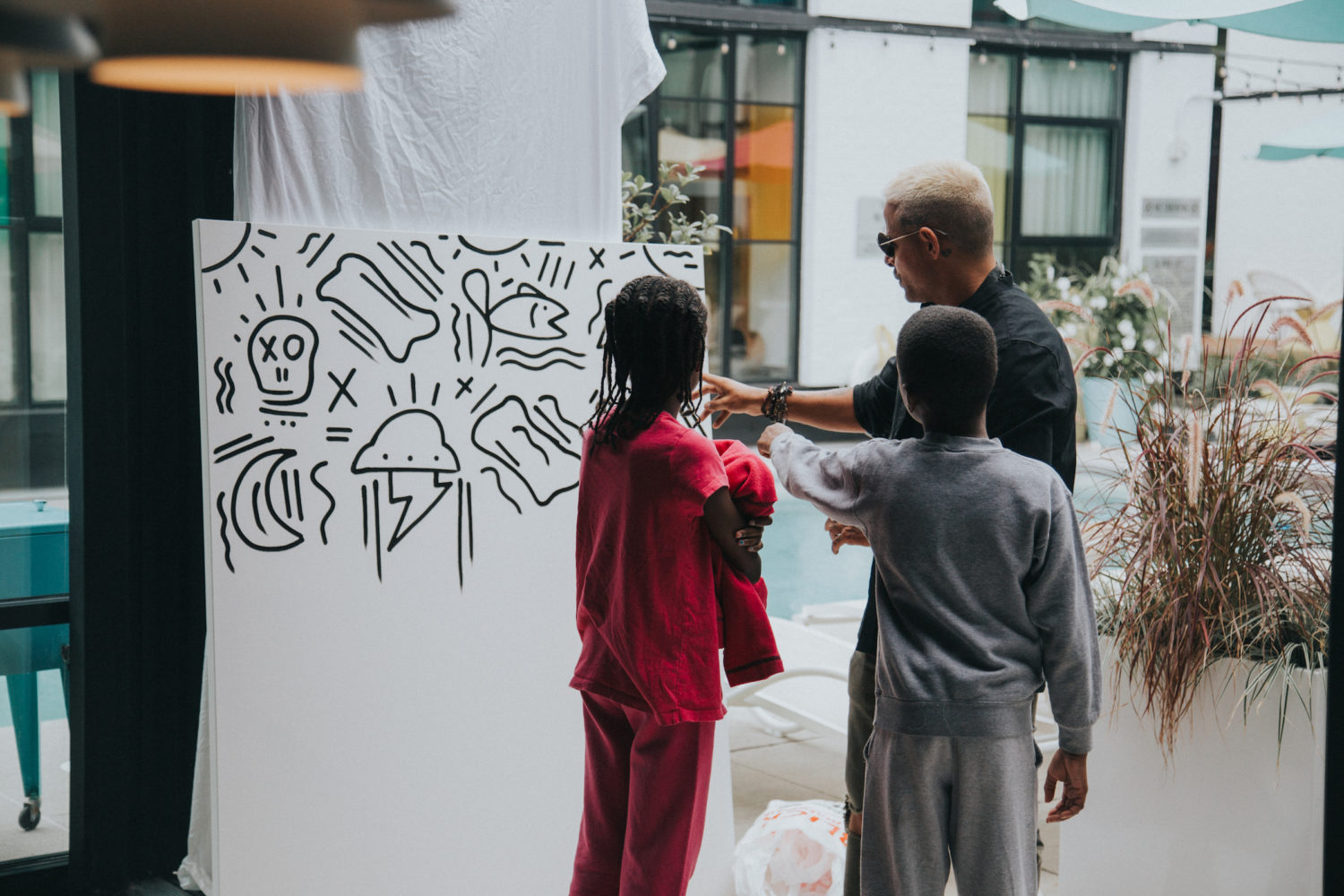 From temporary installations like The Truth Booth to permanent pieces like Plaza (Arcade) at the base of Pierce Boston, The Fenway has become a thriving center for art and culture, complementing the long-standing cultural institutions of The Museum of Fine Arts and the Isabella Stewart Gardner Museum. The interior art of The Verb Hotel, a former Howard Johnson’s just down the street from Fenway Park, pays homage to the neighborhood’s rock ‘n’ roll spirit and iconic music scene through use of classic record covers, concert posters, and other historic memorabilia.

The Verb Hotel was commissioned as the backdrop for Louis Carreon’s “International Symbols of Travel” (#ISOT), a monochromatic mural covering the hotel’s exterior and inspired by the artist’s travels and related emotions. Influenced by the world’s diverse cultures, the piece’s clean lines seemingly denote simplicity, while their meanings are rooted in nostalgia and humanity’s deepest, cross-cultural life experiences. The #ISOT series has been commissioned around the globe, appearing on private jets and in art galleries, production and film studios, hotels, private residences, public works, city transit authorities, private art collections and more.

“Boston is an old city with a contemporary attitude towards art culture [and] community philanthropy.” 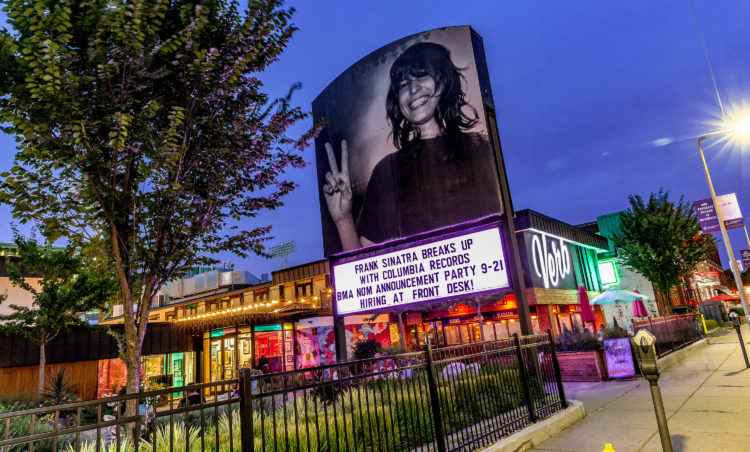 Great Vibes at The Verb 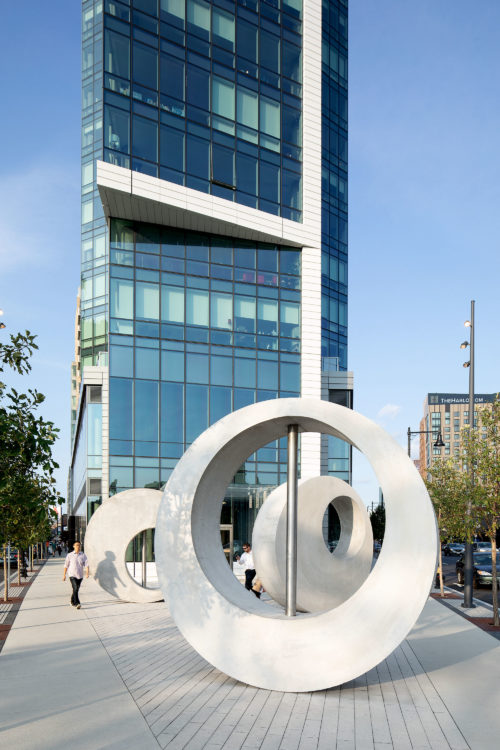